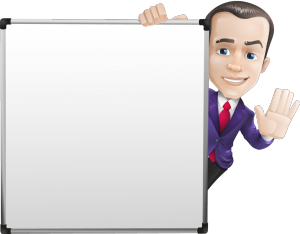 The “Bullshit Card Game” is a traditional card game played a lot in the UK in the 70’s, 80’s and 90’s. It is still played today as grandparents pass on their childhood card games to a new generation.

The game is all about bluffing, it’s about lying and deceiving the other players. Not a great example to show your kids or grand kids, but it does have some lessons for life!

It’s known as Cheat in the UK and Bullshit in America, trust the US to ruin a game you can play with your family & kids game by renaming it!

How to play Bullshit / Cheat

The game is played with 3 + players and action always moves in a clockwise direction. The game can be played for money, although its more commonly played just for fun.

The entire pack of 52 cards is dealt to all players in the game, share them out evenly and any extra cards are placed face down in the discard pile in the middle of the table.

The first player to act is the to the left of the dealer, action always moves clockwise.

The idea is to get rid of all the cards in your hand by either playing them in order, or lying “cheating” your way through.

The first player to act placed his Aces face down in the discard pile, they must say what they are playing i.e “2 aces”, “1 ace” etc.

The next player must play the next highest rank i.e 2’s and would announce 3 x 2’s for example and place 3 cards face down in the middle.

The winner is the first player to have no cards remaining.

Calling Cheat, Bullshit or I doubt it!

At any time you don’t believe a player is placing the cards in the middle he ha announced you can call them out. Do so by saying the name of the game – “cheat”, “Bullshit”, or in some places “I doubt it”.

When a player gets called out they must turn over the card they have played. If they were lying they pick up all the cards from the discard pile and play carries on in rank sequence.

If the player called out was telling the truth. The player who called the  a cheat, or Bullshhit must pick up all the cards from the middle.

This is  a really fun card game. It can help hone your skill for playing poker in live events, or just give lessons in life to see if you think someone is lying to you.

It’s well worth playing and is a game that can bring family and friends together. It’s an opportunity to put down the phones and ipads and have some good old fashioned fun, while being social and taking to people.

If you fancy playing another UK card game for real, why not try and play 3 card brag online.

Also In This Section