Roulette, Everything You Need To Know 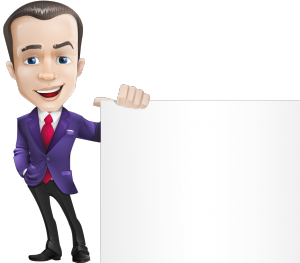 The Roulette game is played in casinos around the world and is one of the most popular casino games ever invented.

French mathematician Blaise Pascal first invented roulette in the 17th century but it was Louis and Francois Blanc who are credited with the roulette wheel of today. They are the ones responsible for adding the 0 and double 0 to give the house the edge when we gamble on Roulette.

The Roulette wheel has 36 numbered pockets 1-36 plus a pocket for 0, or two pockets one for 0 and another for 00. This is dependant on which Roulette version you are playing.

In the early 1800s when Roulette began to make its mark in the mid west of the United States. The Roulette wheel would often have three (3) pockets for the house edge. They would be 0, 00 and often the third pocket would feature an American eagle.

Playing roulette online is a great way to have some fun and excitement and learn the game. You can play our free online roulette game here on cazino. We also recommend looking at the best online casinos page to play for real, and claim a bonus.

Not everyone has spare cash all the time to spend on gambling online. The play money casino games are a great way for you to test different roulette systems.

For those that don’t know how to play roulette it is strongly advised that you spend some time playing the free roulette games. This will help get you familiar with the different roulette bets that you can place. It’s a fun game to play, and you can win a stack of chips very quickly with a few direct hits on a number. A single number bet has big 35/1 odds paid out.

You will find that there are many people pushing a Roulette System online that will show you how to break the bank. The simple truth is that there isn’t one.

Certainly, people have won at the roulette tables before, and won large amounts of money playing “their system”. In truth it is nothing more than a lucky day at the tables playing their lucky numbers.

There isn’t a system to beat roulette, which was designed by a mathematician. Another famous mathematician by the name of Albert Einstein declared that the only way to beat a roulette wheel was to steal money from it.

Roulette is a game that you play for fun, and if you get lucky then you can win large amounts of money. To think that you can beat the game by using a system is madness.

Don’t waste your hard-earned money buying books and systems that will show you how to beat the game.

You’re better off trying to figure out your own system of play for the roulette tables and enjoy your winning streak when it happens. Because on another day you will probably not be so lucky, unless you are Gonzalo Garcia-Pelayo. 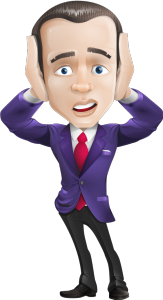 Gonzalo Garcia-Pelayo is a roulette player that took the land based casinos for millions. Garcia-Pelayo detected a bias in the roulette wheels by recording all the numbers that were being spun on a wheel. Then using a computer to do the number crunching for him, he worked out which numbers were his edge to beat the house.

It wasn’t long before he had to recruit family members to play at the casinos. After winning plenty you could imagine the casinos didn’t take too kindly to it.

Garcia-Pelayo and his family members were banned from all the European casinos. They then ventured to Vegas in an attempt to keep the winning streak going.

Garcia-Pelayo and his family took the Casino de Madrid for more than half a million Euros. That wasn’t the only casino in Europe that they played at, and they won plenty before being banned.

That’s going to be the best roulette betting system you’re going to read about, and it’s no system at all.

Also In This Section