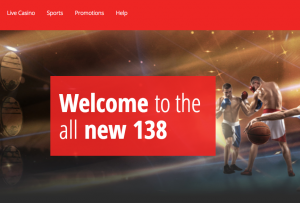 It seems that FSB the sportsbook solution is doing a pretty good job of expanding their business scope. Only a week after they had signed a supply deal with a great online casino called FreakyVegas.com, this iGaming software provider and innovator also managed to get a similar agreement with a company that’s mainly focused on sports betting – 138.com.

FSB is based in London, and they issued a press release on Monday where they stated that they arranged another deal which will predominantly be a business-to-business corporation. The agreement states that the platform offered by FSB will be used as a basis for the 138.com platform but mainly for the mobiles. In other words, the players will now be able to enjoy the mobile platform at its best and supported by one of the leading providers from the United Kingdom.

Furthermore, the announcement by FSB stated that 138.com is a site that faces the United Kingdom and that they plan to expand more. In fact, FSB will have a base-like function which will allow this sportsbook to conquer new territories and expand the presence in the markets all over the globe.

FSB’s Business Development Director, Richard Thorp, said that he took pride in signing the deal with 138.com. Furthermore, he also added a few positive words regarding his own firm, claiming that it offered the best sports betting solutions which is constantly worked on and when new things are innovated to improve even further their technical framework which, he believes, is state-of-the-art.

Thorp added that the team from 138.com had been a great companion and that he was very content with the integration. Also, he stated that he looked forward to the rewarding mutual partnership with 138.com and that there was a really good future ahead of the two companies.

On the other hand, 138.com also issued a press release where Head of Product, Darren Howland stated that the company had made a lot of effort to select a suitable partner which would help them penetrate the ever-growing UK iGaming market. Howland added that their partner’s product would help them with that as it is very “robust and slick”.

Howland announced that developing the presence of 138.com in the United Kingdom is a huge step forward for the company. In fact, they will measure the progress and growth in the UK in order to further expand their business all around the world where the regulated markets exist.

138.com is a privately held company which was established in 2010. The location of its headquarters is on the Isle of Man and in the Philippines. The company first became widely popular in Asia before they began slowly taking over the European market. They are widely recognizable for a very specific look and feel that is presented on their website and which can simply be described as oriental.